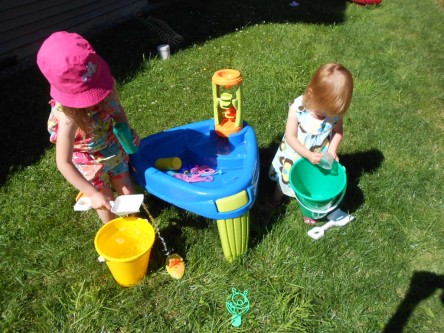 Private well water in CT should be tested yearly, and in some cases more often, according to new guidance offered by the American Academy of Pediatrics (AAP).  The recommendations call for annual well testing, especially for nitrate and microorganisms such as coliform bacteria, which can indicate that sewage has contaminated the well.

The recommendations point out circumstances when additional testing should occur, including testing when there is a new infant in the house or if the well is subjected to structural damage.

“Children are especially vulnerable to waterborne illnesses that may come from contaminated wells,” said Walter J. Rogan, M.D. “With few exceptions, well owners are responsible for their own wells,” said Rogan. Private Connecticut wells are not subject to federal regulations and are only minimally regulated by the state. With proper care, well water is safe; however, wells can become contaminated by chemicals or pathogenic organisms.

Nitrate, which comes from sewage or fertilizer, is the most common contaminant in wells. The presence of nitrates can be a problem particularly for infants under three months who can not metabolize nitrate. Water with a nitrate concentration of more than 10 milligrams per liter should not be used to prepare infant formula or given to a child younger than one year.